Margaret McSweeney in her kitchen each week for some Kitchen Chat. You’ll not only hear great cooking tips from chefs but you’ll also learn the recipe for a great life with experts at Margaret’s table. Savor all that your day has to offer with the inspiration and insight from Kitchen Chat. Everything always happens in the kitchen!

You are cordially invited to visit me in my new kitchen at www.kitchenchat.info for delicious recipes and delightful kitchen chats. I hope to see you soon. Savor the day! Margaret

Bring your appetite as Jessica Merchant shares recipes and ingredients from her new cookbook Seriously Delish: 150 Recipes for People who Totally Love Food. She also highlights some great recipes from her popular How Sweet Eats blog.  Savor the day! 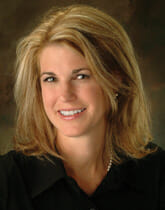 As host of Kitchen Chat on Webtalkradio.net, Margaret McSweeney believes that you’re never too old to learn something new – even how to cook. Margaret, a middle-aged mom, lives in the Chicago suburbs with her husband, David and their two teenage daughters. She is a former vice president in corporate finance at a New York City bank, a published author and an internet radio show host.

After earning a Master’s Degree in International Business, Margaret moved to Manhattan where she worked near Wall Street for seven years. She found true love in the Big Apple and married David. After the birth of their oldest daughter in New York City, the new family moved to the Chicago suburbs where their second daughter was born over a year later.

People always say that you ultimately end up doing what you loved to do in third grade. For Margaret, that included writing and talking. For several years, she wrote a neighborhood column for Daily Herald, the largest paper in the Chicago suburbs. She is a published author of three inspirational books with two more scheduled for release in 2011 and 2012. In addition, she writes freelance articles for the ezine www.makeitbetter.net With an appetite to taste the fullness of life, Margaret dishes on topics with guests about food, family, fitness and finances on her internet radio show, Kitchen Chat.

Margaret has a heart for charity and serves on the Leadership Advisory Board for WINGS (Women in Need Growing Stronger). All proceeds from the Pearl Girls™ book goes in full to help fund a safe house in the Chicago suburbs for WINGS and to build wells for school children in Uganda through Hands of Hope www.handsofhopeonline.org