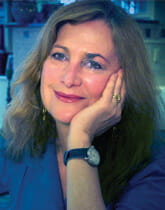 How often do you feel guilty? Many stepfamily members, from remarried dads, stepmothers, to biological mothers are burdened by feelings of guilt, and this can wear a person down in addition to harming their relationships with other family members. Listen to Rachelle Katz discuss the negative impact of guilt along with ways to overcome these feelings with Dr. Diana Weiss-Wisdom, a licensed psychologist.

Dr. Diana Weiss-Wisdom is a Licensed Psychologist, author, and widely followed newspaper columnist. Her books include, “Wisdom on Stepparenting: How to Succeed Where Others Fail” and Stress and A Healthy Ticker: On Preventing Heart Disease. In her private practice, she specializes in marriage counseling and stepfamilies. She also offers marriage enrichment workshops four times a year at the Cottage Clinic in Rancho Santa Fe, California.