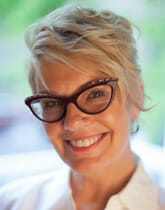 In this week’s show, we take a slightly different path – this time on the Portuguese Camino de Santiago. It was during one night this fall that I had the privilege to sit beside Jelka Klun, a former judge in Slovenia. Jelka, had started her working career in the Socialist Federal Republic of Yugoslavia and continued her profession as a judge during her country’s split from Yugoslavia as it became a multi-party representative democracy. It is obvious as you listen to this interview, that English is not Jelka’s native language, and as such you will need to listen carefully to her words. I personally felt a peak into a totally different part of the world in which women are leading was worth the risk.