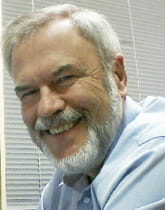 Cannabis/weed/marijuana – it’s everywhere. It is legal for adult use with no restrictions in 11 states, for “medicinal” (sic) use in 34 states.  And it affects brain development in teens and even into 20s because the brain doesn’t become fully mature until age 25 – and later for an ADHD-affected brain. Regular use as an adolescent has permanent negative effects which result in altered brain capabilities…FOR LIFE.  That will become increasingly evident as the current teen users get into their 20s and 30s, but it has been shown even now. How many teens really use that much, enough to cause life-altering problems?  As of 2017  DAILY users – 1.3 % of 8th ,  4.8% of 10th, and  6.4% of High School seniors !!  36% of HS seniors had used weed at all in the previous year. And those numbers are increasing every year. The number of users vaping (smoking a refined concentrated liquid form of cannabis) DOUBLED from 2017 to 2018.

My guest this week is an expert in this subject, Roberto Olivardia, a psychologist in the Boston area with a private practice who also holds a part-time teaching position at Harvard Medical School. We discuss the scope of use of cannabis, how it affects brain development and why using it is attractive to teens, especially anyone with anxiety, ADHD, depression, poor school grades etc.  Roberto also outlines what parents can do to help their children learn how to deal with all the influences encouraging cannabis use which they will encounter as they enter and go through teen-age years. Listen and Learn!