Hello and welcome to Healing From Within. I am your host Sheryl Glick Reiki Master Teacher energy practitioner and author of my newest book in a trilogy A New Life Awaits: Spirit Guided Insights to Support Global Awakening and am delighted to welcome Lisa Boucher author of Raising the Bottom to discuss best ways to deal with living in troubled times and in a drinking culture. The Coronavirus pandemic lockdowns and schools closed along with economic problems across the nation has increased stress and naturally people trying to deal with it all sometimes overdue drinking leading to many other emotional and health issues.

Hello Lisa and thank you for joining us on Healing From Within to address a subject which many fail to observe or talk about and in almost every family there is some kind of alcohol abuse going on.

Lisa As listeners of Healing From Within know my guests and I share intimate stories that illuminate the duality of spiritual energetic and physical aspects of life so we may come to answer age old questions of Who We are, how life originated and come to create better lives through knowing answers to these relevant questions. Life as an eternal energy force allows us to know that the answers lie within our soul wisdom and real happiness does not come from the outside world or a drink, drugs wealth and hedonistic pursuits.

In today’s episode of Healing From Within Lisa Boucher will offer hope to many listeners who may be struggling with alcohol and other addictions letting them know they are not alone during these especially challenging times and will help them examine and become aware of their behaviors identify any problem areas and stop destructive patterns before they make one feel so helpless to find ways to cope.

I want to thank you Lisa Boucher RN author of Raising the Bottom for addressing a topic I have been concerned about for a long time and now in these unusually heightened stressful times for mothers and other women dealing with a deadly plague that has affected every country every family and workplace in the world increasing political religious and economic changes happening just like a tennis ball machine shooting their balls out at rapid speed dealing with overkill tendencies towards alcoholism or other addictions or full blown alcoholic episodes which over the long haul damage the health and lifespan of the abuser is a must talk about story and we must find help for as many as we can. To read more about detecting and helping those with alcohol abuse go to www.raisingthebottom.com

In summarizing today’s episode of Healing From Within we have discussed the signs, symptoms and long term effects that excessive use of alcohol or other addictions can have on the health of family life, children relationships and work status that will all be affected if the disease is not addressed and conquered.

Lisa wrote, “ I’ve worked in emergency rooms and psych wards for over twenty years. That’s a lot of undocumented research; I have friends who work in hospitals all over the country. Their experiences mirror my own—substance abuse in one form or another contributes to an overwhelming amount of hospital admissions, either directly or indirectly. What I’ve seen is that people end up in emergency rooms and psych wards because of substance abuse. The traumas, the wrecks, the falls, the esophageal varices, the bad livers, the cocaine-induced heart attacks, the fights, the shootings and stabbings, the depression, the anxiety, the generalized malaise that seems to overtake too many young people and sends them in search of antidepressants and disability checks—all too often, these have the common denominator of alcohol and/or drugs.

Lisa and Sheryl would have our listeners know that life is a precious gift and the birthright of our soul is happiness and health, but the physical world relationships and economic stresses put a burden on the heart and mind of so many people often traumatized in childhood who carry the wounds of life that can lead to alcoholism and abuses. Finding sources that can help is the key to conquering this disease and Please begin to ask for help from family, friends and Spirit. Help will come.

I am Sheryl Glick host of Healing From Within and invite you to visit my website www.sherylglick.com to read about and listen to metaphysicians changemakers spiritualists scientists healers energy workers educators and those in the arts and music fields who seek to support the evolution of our human and divine process. Shows may also be heard on www.webtalkradio.net and www.dreamvisions7radio.com 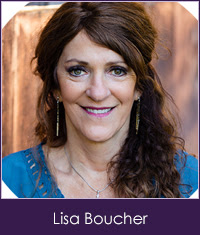