Medicine On The Cutting Edge

There’s lots of information, good information, out there about improving your health. Yet when we look at treating cancer, heart disease, aging and other debilitating diseases, most of us think we’re looking 15, 20 years – or more — into the future. Not so. Incredible things are happening, new treatments and procedures have already been developed by some of the best researchers in this country, and more is on the way. Amazing things are happening right now in medicine. Just because they’re not on the mainstream doctor’s radar doesn’t mean they don’t exist. Join Dr. Charles Glassman, MD as he introduces you to Medicine on the Cutting Edge. Your life may literally never be the same.

Are there stem cell products available now to treat patients? Absolutely! C. Randal Mills, Ph.D. is President and Chief Executive Officer of Osiris Therapeutics. Osiris has several cutting edge products currently used for clinical applications. Their Ovation product is being used primarily in the orthopedic area for enhanced healing of bone injuries; however, some doctors are now successfully using it for joint arthritis and cartilage injury. A topical version of this product, called Grafix, is being utilized to treat difficult to heal wounds and burns. Another stem cell product, called Prochymal, has literally saved hundreds of children suffering Graft vs. Host disease as a result of bone marrow transplant. 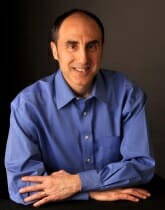 Medicine On The Cutting Edge with Charles Glassman MD

Charles F. Glassman, MD, FACP, has practiced general internal medicine, for over 20 years, in Rockland County, NY, a suburban community 30 miles north of New York City, designing his practice to be patient-centered instead of problem-focused. He has seen the shift of medical practices from patient focused to problem focused, from health care to sick care. Dr. Glassman specializes in personalized, patient focused care, with an emphasis on wellness and prevention.

As a Fellow of the American College of Physicians and Life Extension Foundation member, Dr. Glassman approaches medicine in an integrative manner, looking carefully at all traditionally approved methods while recognizing the power of unconventional therapies. Throughout his career, Dr. Glassman has seen mainstream medicine discredit some of these unconventional approaches, only to endorse them years later. Never sacrificing doing what is right for majority opinion, he strongly believes that his patients cannot afford to wait for mainstream medicine to endorse present cutting edge medical technology that may greatly enhance and even extend life. He is excited to bring the same level of competence and open-mindedness to his new service, Coach MD.

Dr. Glassman has appeared on ABC news, Bloomberg Radio, National Public Radio, Sirius/XM, Hay House Radio with Wayne Dyer, The Wall Street Journal Radio, and numerous other affiliates around the country speaking on his unique approach to health care. Dr. Glassman’s numerous articles and letters on health care have appeared in The New York Times and other publications.
In 2005, Dr. Glassman founded the New York Center for Longevity and Wellness. The goal of the Center is to balance mind-body concepts with conventional medicine to deliver a comprehensive approach to health and wellness. Since the Center opened, Dr. Glassman has been featured in many local publications, notably the regional Hudson Valley Magazine, which has repeatedly named him one of the top doctors in the Hudson Valley (spanning an area from Albany to New York City). In addition to appearing as the subject of feature-length articles, Dr. Glassman has been named by Castle Connolly as a New York Metro Top Doctor for five consecutive years and has been recognized by the Consumers’ Research Council of America as one of America’s top physicians. He has also earned the Patient’s Choice Award in 2008 and 2009 for outstanding patient satisfaction.

Dr. Glassman began distributing a weekly motivational email message to patients and friends in January 2007. By May 2008, his distribution list had grown so much—as people on the list told others about it— and interest in his messages had become so high—Dr. Glassman decided to turn his philosophy and advice into a book. That’s how Brain Drain came about. Starting in May 2008, his weekly messages—now distributed to an even larger audience—formed the basis for chapters of this book. To date, Brain Drain has won in the Spiritual category at the 2009 Los Angeles Book Festival, won the 2009 Pinnacle Achievement Award for best Self-Help book, category finalist for the 2010 Eric Hoffer Award, and received honorable mention at the 2009 New England Book Festival.