Sport is a Business, Business is a Sport with Derek Redmond 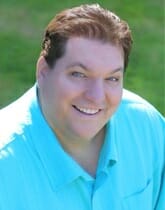 Today, we are joined by a very special guest, Derek Redmond, a two-time
Olympian and former British, Commonwealth, European and World 400-metre
sprint champion. He is also one of our International Bestselling Authors
who released his book, Sports Is A Business, Business Is A Sport, last
March.
In this episode, Derek talks about his book and some secrets that he¹s
learned both in business and in sports that will surely help you achieve
success both in your life and in your business.

Derek said, ³All successful people are just regular people; all born with
no knowledge. They learned to speak, they learned to walk, they learned to
do all these things, and yet, they still became successful. Why is that?
It¹s because they have that tenacity, that belief, that motivation, that
stubbornness to not let anything come in their way.²

Join Steve Kidd in this amazing interview with Derek Redmond on Thriving
Entrepreneur.