Getting Better Health Care – Our broken malpractice system, and how to fix it (Part 1) 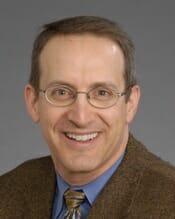 The medical malpractice litigation system is a mess, resulting in hundreds of billions of dollars in defensive medicine practices. Richard Jackson, President & CEO of Jackson Healthcare (an organization that provides health care staffing, including clinical specialists to clinics and hospitals) describes the problem and a practical solution for it.

In part 1 of a two-part program, Jackson describes why medical malpractice costs us so much. In order to protect themselves from lawsuits, Jackson describes how doctors order tests that reasonable people would not think are beneficial to patients. This inappropriate testing is estimated to cost $650 billion dollars per year. That money would be better spent helping compensate patients who truly are injured. Such a system could be based on a workman’s compensation system model. The workman’s compensation system has been a win-win, helping workmen who are injured while protecting companies from lawsuits.

In part 2 of this two-part program, Jackson describes in detail how a compensation system would work to replace malpractice litigation. In addition to better compensation for injured patients, the system would encourage health care providers to learn from errors and improve patients’ outcomes. The effort to begin this change is focused now in Florida and Georgia.

Key elements of the malpractice reform proposal include:
• Replacing the current tort system with no fault system patterned after state based workers compensation system
• All malpractice assigned as exclusive jurisdiction to Special Administrative Agencies
• All cases reviewed by Medical Review Board
• All negligent cases awarded compensation by Patients’ Compensation Board
• Quality Improvement Council developing root cause analysis of medical errors and “best practices”
• Providers who practice substandard care will be disciplined by the State Licensing Board
• Entire system is funded by insurance premiums from all providers
• All patient complaints are heard
• More claims paid to more patients
• Faster guaranteed payments (years faster)
• Eliminates unnecessary tests & defensive medicine, saving
o As much as $650 billion per year
o As much as $125 billion in Medicare costs per year
o As much as $96 billion in Medicaid costs per year
• No cost to taxpayer
• Patient compensation, quality of care and physician accountability increase

You can learn more about it at Patientsforfaircompensation.org.