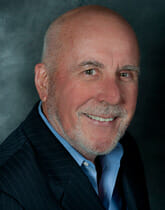 Michael Schratt is an military aerospace historian and private pilot. He is a former writer and graphic illustrator for Open Minds Magazine, the premier UFO magazine at the newsstands (www.openminds.tv).

Michael Schratt has lectured across the country on the subject of “Mystery Aircraft” and classified propulsion systems buried deep within the US military-industrial complex. A recent guest speaker at the world’s largest air show, Oshkosh AirVenture, Michael has developed a number of contacts which have had first-hand experience dealing with classified “black programs”, including former US Air Force pilots, retired US Navy personnel and aerospace engineers who have maintained a top secret “Q” (or “Majic”) clearance.

Michael Schratt is an expert on Ben Rich, the former president of Lockheed-Martin “Skunkworks” (formerly at Burbank and now at Palmdale, CA) and has conducted extensive research on his work and the US Government’s anti-gravity technology program. In this show Michael and the host, T.L. Keller, compare notes on the alleged secret facility known as “Area S-4” which is 12 miles south of Area 51 in Nevada.

The host, T.L. Keller, a former aerospace engineer, can be contacted at [email protected]

Be sure to check out The Total Novice’s Guide To UFOs at www.TheTotalNovicesGuide.com. A one-hour video featuring Michael Schratt and S-4 is available at the same website.