A New Spin On Autism Answers – Dating for Autism and Other Differentabilities? 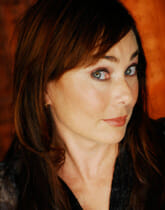 Christy Goldstein, is a life, relationship, & sex coach from Columbus, Ohio. Her new book Dating While Disabled, is just as it sounds: a self help dating book focused on assisting people with an illness achieve or improve their dating lives. It will be released February 14, 2017.

Christy herself has an illness which is her term for disability. Christy has the inherited disorder known as Ehlers-Danlos, which is a connective tissue disorder that has led to many surgeries and dislocations. Learning how to have a healthy dating and sexually active life has been a challenge and she wishes to share her tips and tricks for overcoming diversity in the face of dating.

Given the numbers of people who are molested and/or raped in the disabled community simply because they have not learned how to read signals and avoid triggers this is an important area that needs to be talked about.

Together Christy and Lynette try to break down some of the barriers to just such a discussion.

THE GREAT GUEST GIVEAWAY guest is Lynette who offers 5 musical comedy DVD/CD packages from her one woman show Crazy To Sane, for the Holiday Season.

In Stories From The Road Lynette shares the story of a young boy who was so wrought with puberty he became sexually aggressive.